Connection between parameters and Transition Elements A Carbon Causal Chain (CCC) is a logic model for the calculation of the total amount of emissions from the operations by which activities are carried out. The CCCs consist of four distinct but connected levels. These levels are classified as: activity, work, resource and emission (Fig. 1). The CCC describes the causal flow from an activity to an emission.

The levels outlined in the CCC can be expressed as followed: 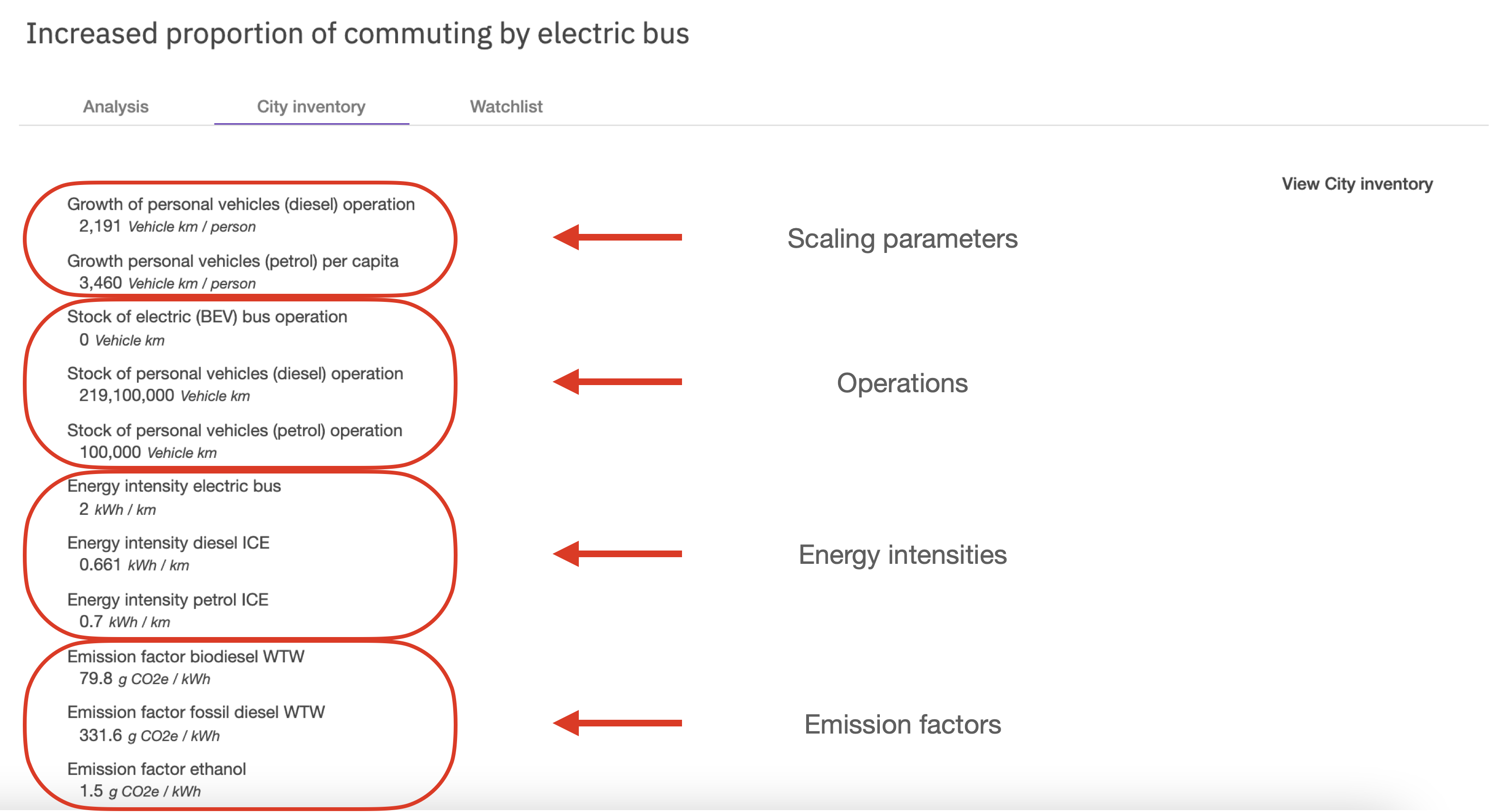 Simply put, the Transition element is comparing the CCCs of different mechanisms with each other in order to determine the total emissions resulting from any mechanism.

By adjusting the target value for each Transition element, i.e. how many trips should be carried out by electric buses by the city's target year instead of with fossil-fuelled cars, the Transition element can calculate the carbon abatement achieved through the shift.